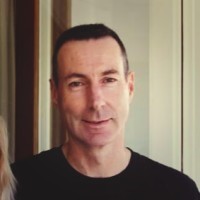 Rob has a background spanning the marine, maritime and tertiary education sectors. A qualified boatbuilder who also holds a bachelor’s degree, a master’s degree in design and a Maritime New Zealand Commercial Launchmaster Certificate. Rob has previously held the position of Head of School, Marine Technology at Unitec. He has led multiple research projects and is a Performance-based Research Fund (PBRF) rated researcher.

In the private sector, Rob is the director of Shaw Yacht Design where he has led a range of research, design and build projects, including custom race yachts and luxury motor yachts.

Competitively, Rob has more than 30 years’ racing experience in various mono and multihull designs, including successfully campaigning yachts to his design in New Zealand, Australia, Asia and Europe; setting a World Sailing Speed Record on the yacht Beecom and competing in several offshore races around the globe. In the 2010 two-handed Round the North Island race, Rob won his division on the Shaw designed-and-built canting keel race yacht Karma Police. In the 2014 Round North Island two-handed race, Rob sailed with the yacht’s owner on the Shaw-designed Blink, finishing 1st on elapsed time. In the 2017 Fastnet race, Rob competed on James Neville’s Ino XXX finishing 1st in division and 6thoverall in a fleet of over 300 boats.